It all started in the spring of 1993. The transport company ASG (today DHL) published its first environmental report. The report received positive feedback but also some criticism. Certain data sources used were considered less credible as pillars for the assessment of environmental impact. In parallel there was an ongoing and sometimes harsh debate regarding the actual environmental impact from the various modes of traffic.

In the late summer 1993, a meeting was held between Magnus Swahn (ASG) and Åsa Lindell, Environmental manager at Bilspedition (today Schenker) where it was decided to act for common rules in the assessment of environmental impact from transport operation. In this process contacts were made with representatives for all modes of traffic. The idea was well received and an initial conference was organized the 23rd of November 1993. Key note speaker were the Swedish Minister of Communication, Mats Odell who argued for urgent and swift progress in the transport and environmental field.

Åsa Lindell, Mats Odell and Magnus Swahn after the conference

After the initial phase of establishing a formal organization the actual work was initiated. Working groups for each mode of traffic was initiated and long and sometimes endless discussion went on. The initial statutes stated a requirement of consensus between all modes of traffic before any data could be published. In 1996 some preliminary data were assessed but published in a report 1997. After only one week the report was withdrawn as several stakeholders found the data uncertain.

Left: The first official data report. It was only available for one week before it was withdrawn since some members argued it meant a risk of distorting market competition. Right: The layout of NTMCalc 1.0 launched in 2001

There were several arguments why the report should be withdrawn. Market distortion, but another was that data errors would be transformed into several other analyses where they would remain for a long time. At this time the Internet was starting its rapid take off and the board suggested that data should be published on this new “obscure” media in tables where data easily could be amended if needed. NTM launched its first website in 1998 with data tables which soon reached the market. After some years the first environmental calculator (NTMCalc 1.0) was launched in order to simplify environmental assessment and thereby make calculations more robust.

Over the years NTM has revolved around data development, methodologies and supporting tools. Another important task has been common learning and communication through member meetings where various themes and key note speakers have participated. 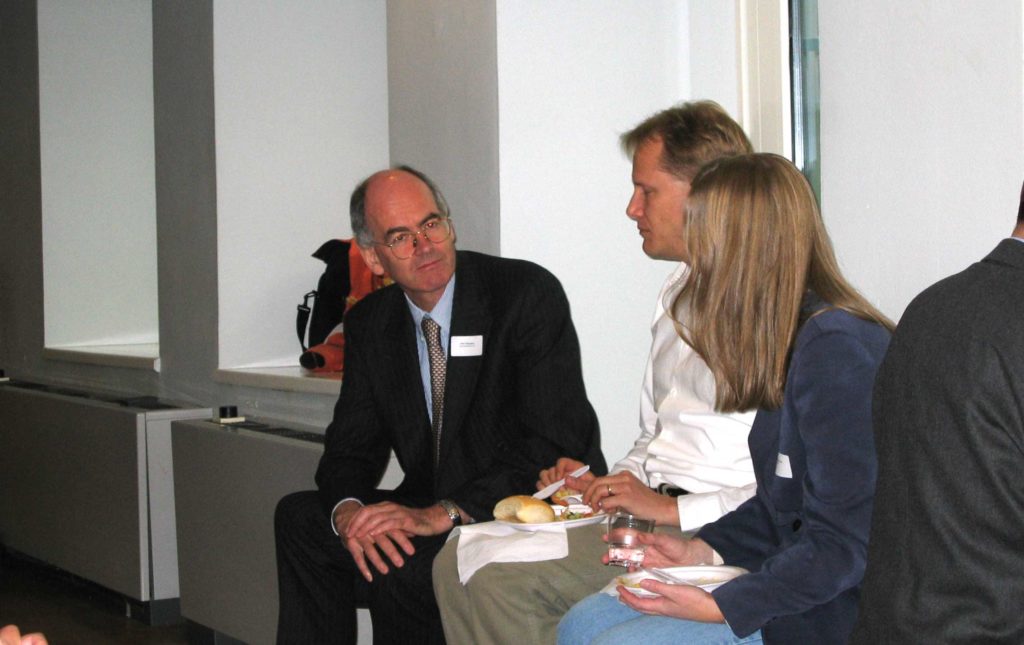 In 2003, at the 10 year anniversary of NTM, John Elkington from Sustainability in the UK gave a presentation. Here at a coffee break, discussing with Ingela Melkersson and Jonas Strömberg.

The development within NTM has always been very pragmatic and solution oriented. The onwards priorities are however essentially the same as when the network started – to support the development of sustainable transport. In practice this means:
– Supporting common and international agreed methodologies and data
– Enabling performance assessment through relevant data, methods, tools and services
– Facilitating meetings and communication of progress and front runners 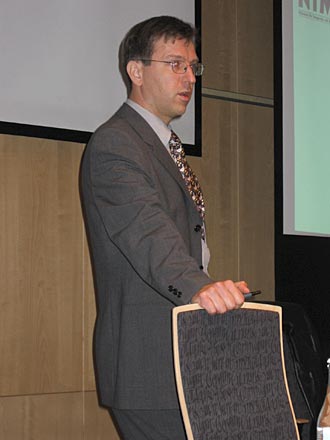 Sebastian Bäckström at one of many meetings on NTM methods and data.

Share
NTM Home
We use cookies on our website to give you the most relevant experience by remembering your preferences and repeat visits. By clicking “Accept All”, you consent to the use of ALL the cookies. However, you may visit "Cookie Settings" to provide a controlled consent.
Cookie SettingsAccept All
Manage consent